Can eLearning Improve Our Schools? Yes……But! First Here’s The BUT……And It’s A Big One. 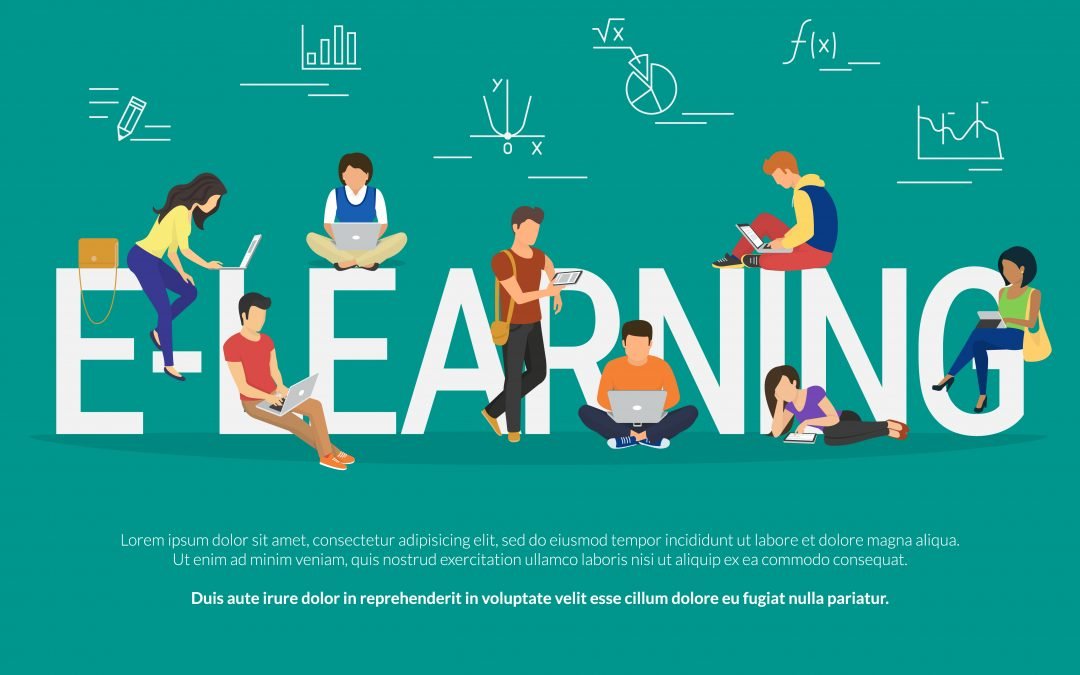 There is no question that eLearning is THE next major educational paradigm shift. BUT if new eLearning technology is only used to digitally replicate the traditional methods of teaching/learning currently in place it would be a very poor investment, since those methods have been statistically proven to be inadequate for the task at hand – preparing students for a rapidly changing workplace.

The new eLearning technologies need to be used instead in a way that leverages and unleashes their potential to radically change our schools. From flipped classrooms to virtual reality to dialog with machines and ideas yet to be deployed. Businesses would not invest in eLearning technology unless it brought more than just savings. Schools should not either.

First, we need to re-think our schools. Then technology can truly help. But changing the current mindset from one of teaching-to-the-tests to one of training young minds to think is a mandatory first step.

“Should we continue doing business as usual in our schools, or should we re-think education in light of the disruptive technologies which have already fractured the economy for which we are preparing our students?”

This is THE education question of our time. If we get this wrong it is our children’s future we are putting at risk.

Our schools are already massively invested in eLearning technology. Spending in grades K through 12 reached $2.2 billion in 2010, according to Ambient Insight. That will hit $4.9 billion in 2015, or 20.25 percent of the entire market for e-learning products and services in the United States.

As I have said, if we simply deploy eLearning technologies to continue to support the way we have historically conducted our educational mandate, just with faster and better electronic systems, The USA will miss out on a huge opportunity. Finland, who barely teach-to-the-test, won’t.

The US Department of Education’s mission statement is, “To promote student achievement and preparation for global competitiveness by fostering educational excellence and ensuring equal access.” A few paragraphs later they tell us that eLearning is to be used to “supplement classroom instruction.” And, since classroom instruction is teaching to the tests, the US Department of Education sees the use of technology as no more than the continuation of teaching to the tests by other means. Robotic reinforcement of facts 24/7/365.

The USA spends $621 Billion on education. And we all know the result of this expenditure. The condition of K-16 education systems in the USA is abysmal. In 2016 the USA ranks 25th in reading, 36th in math, and 28th in science amongst 36 developed nations. Fifteen years ago the USA was in 8th place.

A good first step in examining the current condition of our schools is to listen to the people we pay to supervise them. In a Gallup poll school superintendents were asked to assess how important several factors were in assessing the effectiveness of public schools.

In Business Attention Is Focused Exclusively On The Stakeholders. So It Should Be In Education.

Who Are Education’s Stakeholders?

Pearson Education for example receives billions of tax dollars to test our students, a function which 86% of superintendents and 67% of public school parents oppose. Pearson, the British-owned “Godzilla of Education” according to Fortune Magazine 2/15 and the world’s largest for-profit educational publishing company, is not content with simply testing our students it seems to want to take over our schools. Again Fortune Magazine, “The business of assessing students through high school has grown 57% in just the past three years, to $2.5 billion, according to the Software & Information Industry Association. Some believe “high-stakes testing” is the best way to create accountability; others think it measures little and incentivizes the wrong things. Either way, it is now the largest segment within educational technology—and in little more than a decade, Pearson has gone from no presence to dominating the realm…..In 2000, Pearson spent $2.5 billion to acquire NCS, the largest American testing company, The move coincided with the George W. Bush administration’s No Child Left Behind initiative, which required districts to measure student and school progress through increased testing.” A genius move if you are a stockholder in Pearson. A disaster if you listen to parents and educators. And Pearson offers its testing services all around the world. The maintenance of the status quo of American education is vital to Pearson. If we stopped testing Pearson’s stockholders would be hit hard. So, they prefer it if students are ill-prepared for a career rather than taking a hit to their top and bottom lines and their stock price. The CEO is not accountable to America’s schools.

The teachers’ unions are also a large stakeholder of course. Three quarters of all teachers belong to a union. The status quo is beneficial to teacher unions in that the unions use their union membership to collectively bargain for health care benefits, retirement plans, job security (tenure) and salaries and see change as a threat. The union gives the teachers a unified voice.

Terry Moe, a professor of political science at Stanford and a senior fellow at the Hoover Institution, agrees that unions create more problems than they solve. Moe told the Daily Beast, “We’re not saying unions are responsible for every problem of the public schools, but they are major obstacles to reform. It takes on average $200,000, 15 percent of a principal’s time, and two years to get a bad teacher out of schools.”

In polls teachers are evenly split about Common Core Testing – 46% support, 47% do not support.

Another source puts spending on education spending at over $1,000,000,000,000 The US Department of Education employs 4,400 people and has a budget of $68,000,000,000. Its job is to set policies for the states to follow and allocate and monitor funding. It collects data and disseminates findings. It also focuses attention on key educational issues especially discrimination. That’s $212.00 per inhabitant of the USA.

So, a resident of Florida pays $1400+ in state and government taxes for education. And most Floridians have grown children.

You can draw your own conclusions but it seems obvious that an awful lot of people depend for their wealth, income, benefits and pension on the status quo.

You might have noticed that in the discussions about stakeholders in our school system the interests of the vendors, administrators and unions are what seems to matter. What about that other large stakeholder – the students whom we send as messengers to a future we will never see, and their families?

Testing and the curriculum are at the top of any family’s concerns when it comes to schools. When it comes to parental support or otherwise for common core the polls show a roughly a third support, a third oppose and the rest have no opinion. Another poll shows 54% of parents against common core testing.

All this points to an inevitable reality: Even if they wanted to, the vendors of eLearning technology will have a hard time convincing schools to change the curriculum to one that supports the teaching of critical thinking, collaboration, problem-solving or communications (skills businesses need to survive) in addition to the traditional transmission of facts. They will be forced into a marketing stance that simply has them providing technology to support teaching-to-the-tests. And that is like taking a sledge hammer to crack open a peanut.

This is already happening. Unlike a teacher the machine is available 24/7/365. But, this bears repeating: according to the US Department of Education, eLearning is viewed as “Supplementing classroom instruction.”

And classroom instruction sadly is where we put answers on a pedestal and discourage questioning. We tell students what is already known and force them to memorize it. What the modern economy needs are minds that can use existing facts, discover new information and synthesize the two into new knowledge.  The technology to do that exists. But we are on a steadfast path using that technology to merely enhance the process of fact checking

The stark reality is that three of the four stakeholders – companies, educators and civil servants – have a vested interest in perpetuating the status quo. Taxpayers and families are another important stakeholder: one could call them the consumers or customers. Should they be happy with the status quo?

“Listen To The Customer.” Most corporations have this mantra as part of their corporate mission statement. And they are right; without willing customers a business does not exist. Amazon listens to customers and works backwards from there and builds products and services according to their needs.

Does it sound like the stakeholders in our school system are listening to their primary customer – the families of students – or the secondary customer – the larger economy in which those students will attempt to get a job? No, they are implementing a school system that aligns more with the top-down, state-controlled economies of the USSR, China and Cuba. By law we give 50,000,000 students a s

“Single to reason to learn.” What we should do is get each of the 50,000,000 students to figure out their individual reason for learning.

Nothing will change unless we harness eLearning technology to teach students to think – not just memorize.

According to Ralph Waldo Emerson “Thinking is the hardest thing to do.” But it’s the only way out of our dilemma. We must become a nation of thinkers not factoid databases. If the Chinese ever figure out that teaching-to-the-tests does not give them an edge, and begin teaching thinking before we do the USA will be further relegated down the list and lose its edge in intellectual property.

THE GOOD NEWS AND A CALL TO ACTION.