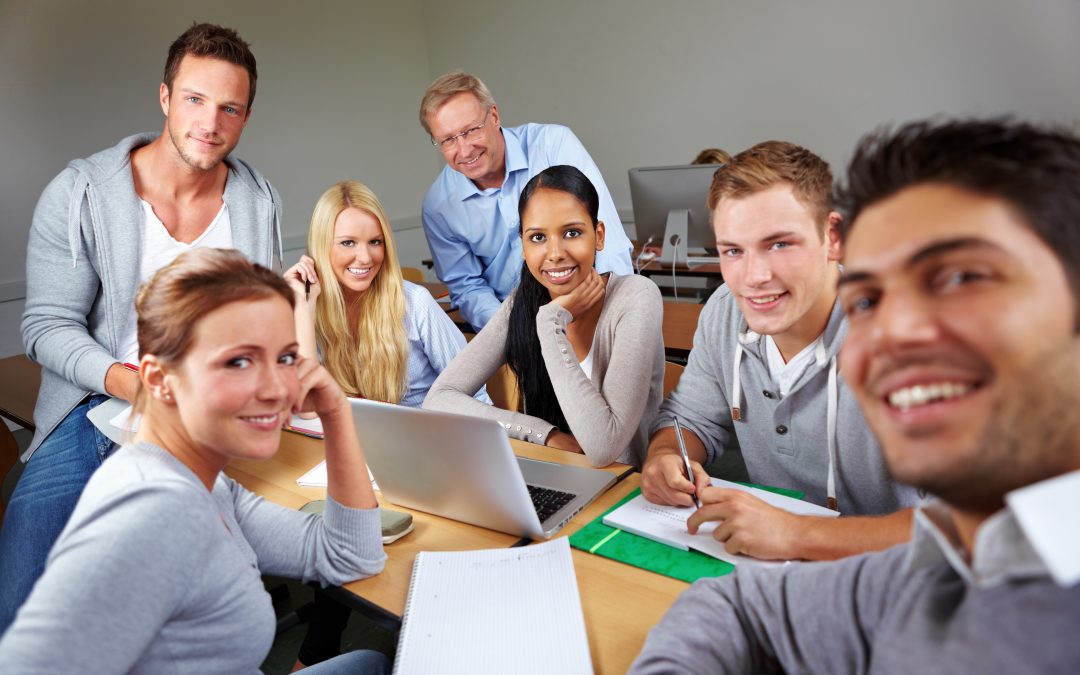 Once you have read this post please forward it to your state governor’s office.

Improving school performance is one of the best investments a governor can make to improve the economic well-being of their state. If all fifty states had improved their student outcomes to match eighth place Minnesota students, the US economy would be four times what it is right now.

Since the ESSA legislation of December 2015 education policy is now the responsibility of the state rather than the federal government. So, it will be those state that do the best job of preparing its students for the new economy that will attract the best paying jobs.

This has become even more important since young people are staying home far more than they used to. Almost 80% of all American high school graduates stay in the community in which they were raised. They will need jobs.

When an employer is deciding to expand or start a business in a given location, one of the major factors in that decision is going to be the suitability of the high school and college graduates. According to Professor Eric Hanushek of Stanford University and the Hoover Institute, “Mississippi 12th grade students have the equivalent skills of a 9th grader in Massachusetts.” So, even if Mississippi offers generous tax incentives to attract that company, the company’s shareholders will probably prefer not having to pay to retrain people just to employ them. If the employer only wishes to employ workers to perform menial tasks then the situation is different. That employer will try to automate as many tasks as possible first, and failing that will hire low-skill, low-wage laborers. The state will have trouble growing the economy that way.

Schools play a vital part in the economic well-being of all communities.

The economic viability of your country, county or city is directly linked to how well your schools perform their mission.

According to Eric Hanushek a senior fellow of education policy at Stanford University and the Hoover Foundation, “The economic growth of a state is directly related to the skills of its workforce. And the skills of the workforce are heavily dependent on the state’s schools.”

So, how are we doing 34 years after President Reagan’s 1983 ‘Nation at Risk’ report? Reagan’s blue ribbon report famously stated, “If an unfriendly foreign power had attempted to impose on America the mediocre educational performance that exists today, we might well have viewed it as an act of war. As it stands, we have allowed this to happen to ourselves.”

Needless to say the National Governors Association sprang into action and issued their own response in 1989 and pledged that U.S. students would lead the world in math and science achievement by 2000. When the results came out for 2000 the USA was ranked 18th In Math and 14th in Science. By 2015 the USA had dropped TWENTY TWO places in Math and NINE places in Science to 40th in Math and 25th in science. It is worth noting that Math and Science abilities are the best predictor of future earnings.

It is also worth noting that fear is a terrible motivator, and our teaching-to-the-tests relies on fear. Plato tells us that “Knowledge which is acquired under compulsion has no hold on the mind.” Studies have shown that stress in students is worse than their parents’ experience.

The USA has prospered despite this situation due to pockets of excellence in education where partnerships exist between the local education infrastructure, venture capital, employers and immigrants like me. Most notably in Silicon Valley. That should give us a clue how to move forward.

Professor Hanushek writes, “The level of cognitive skills of a nation’s students has a large effect on its subsequent economic growth rate. Increasing the average number of years of schooling attained by the labor force boosts the economy ONLY when increased levels of school attainment ALSO BOOST COGNITIVE SKILLS. In other words, it is not enough simply to spend more time in school; something has to be learned there.”

Conclusion? Boosting cognitive skills is the only way to have an effect on a nation or state’s economic well-being. The bad news is that the cognitive skills of American students has barely moved since the sixties.

Another way of saying cognitive skills is thinking skills.

The question before us is not whether we should improve our schools but how: especially in teaching cognitive abilities. .

Currently our schools exclusively teach-to-the-tests. That means we teach our children how to memorize and regurgitate facts. If they can do that sufficiently well we award them a diploma. Surely the purpose of schools is to do more than that. Especially since memorization is NOT what employers need. Increasingly they are investing in machines that recall the facts needed to perform repetitive tasks. They need people trained to do the tasks that machines do not do – creative and critical thinking, collaboration in search of solutions to problems and communications.

Now more than ever in this age of automation and robotization we should be adhere to the true purpose of education: teaching students to “Make Meaning.” In order for anyone to make meaning out of the mountains of data that come their way they need to be able to think. And thinking has yet to appear on America’s school curriculum. In fact, as one school superintendent told me to the applause of others in the room after I had delivered an address to them; “It’s illegal for us to teach critical thinking!” He was using hyperbole to make a point. But he has a point. The way it works today if a school goes off-curriculum they will be punished; even if they are teaching the skills necessary for good jobs and the economic well-being of the community they serve.

This leads to one inevitable conclusion: the goal of school reform must be a radical re-think to avoid long-term decline. If we dropped from 18th to 40th in math in fifteen years, what else but further declines can we expect if we keep doing the same things over and over and expecting a different result? A simple graph continuing this downward trajectory shows that the USA will be 70th in the world in Math by 2030. The current occupant of that position is Tunisia. And Math is the best predictor of future earnings!!

If reformers simply tinker, schools will not go away; they will become less relevant to all their stakeholders; from the local community on up to the international level. We cannot let this happen; it’s a national security issue right up there with terrorism and climate change.

In summary: If you want a prosperous community do a better job of teaching thinking or cognitive skills.

One of humanity’s greatest discoveries has lain hidden for 2400 years. Socrates knew that it is our ability to think that has ensured our evolution. Descartes knew 350 years ago that it’s what makes us who we are. It’s time to honor them and their discoveries by emulating them.

Begin by understanding that the twin engines of thinking are: Questioning like Socrates and Doubting – or Healthy Skepticism – like Descartes. Get students in a group and have them follow this guideline: 1) Ask a question. 2) Answer the question. 3) Question the answer. 4) Question the next few answers. 5) Agree on an opinion. 5) Communicate that opinion.

Employers of all kinds demand candidates with four skills: Critical Thinking, Problem Solving, Communications, and most of all Collaboration or Team Working skills. As everyone from the last president on down has noted, schools are still supplying students for old-world skills: stressing memorization, repetition and test taking. If, as President Obama’s Education Secretary Arne Duncan once observed, “We must educate our way to a better economy,” then America urgently needs to address this imbalance.

How? Read this Teachers’ Manifesto and share it with some other teachers. Start your own “TEACH UP” – three teachers who care talking at Starbucks – and use Social Media for the good of all students by sharing what it’s like to give students some power over their own education. It will catch fire.

Make America Think Again! For the children: the messengers we send to a future we will never see.