Time for the Old Dog to Teach the New Dog some New Tricks! 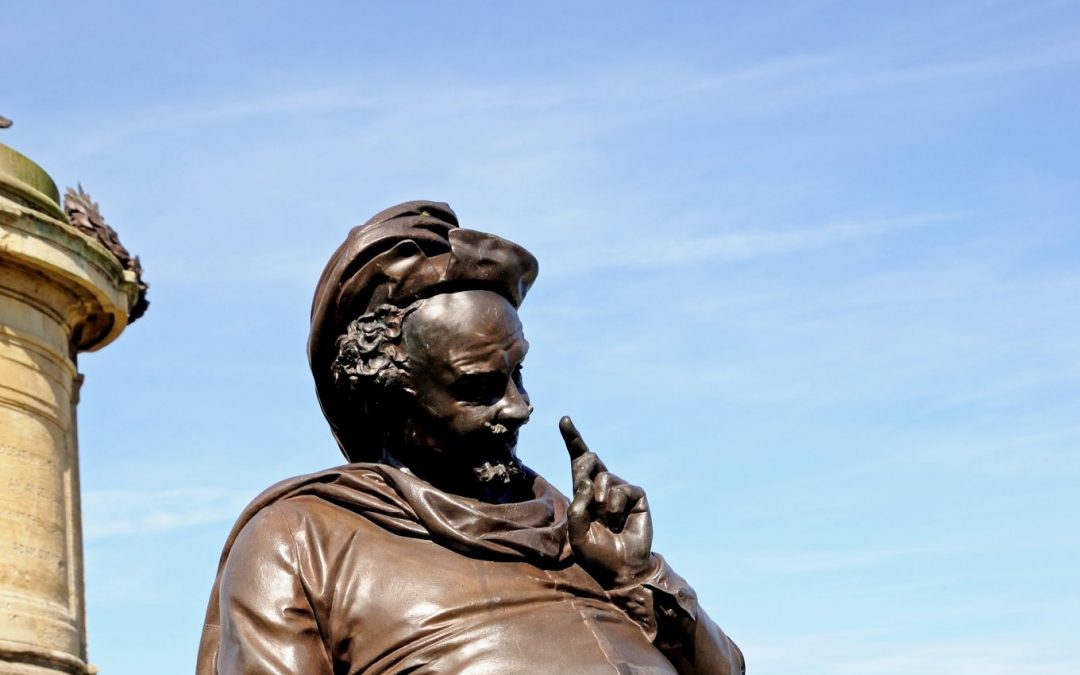 The best way to explain an abstract idea is by telling a true story.

I didn’t know it at the time, but a long time ago in an industrial town in England I spent my adolescence immersed in a teaching method, long since abandoned, called Socratic Inquiry.

“Pick one of Shakespeare’s characters and write an essay, Mr. Terego.”

I was twelve or so, and from the lowest rung of society, and this tall man was dignifying me in his formal address.

“Yes Father,” I replied since he was not only a teacher but a priest. I got to work. I had two weeks.

After many dead ends and false starts, I chose Falstaff. One of Shakespeare’s comedic figures. I read the three plays in which he appears – Henry IV Parts One and Two and Henry V – and also read what the literary critics had said about him. These were the days of actual libraries accessible only using the Dewey Decimal Cataloging System – the Google of its day.

I discovered to my youthful dismay that Falstaff was fat and vain and a coward. He spent his evenings carousing, and drank to excess. He was also a thief. But it was his belief that soldiers were just cannon fodder that irked me most. Falstaff says to his king, “Good enough to toss; food for powder; they’ll fill a pit as well as better men.” I am a descendent of generations of soldiers who had sacrificed plenty for king and country, and I had heard first-hand the horrors of war, and the arrogance of officers.

I also knew that I was free to prove any point I believed, and wrote in my essay that I disagreed with the likes of Hazlitt and Lamb, the great literary critics who seemed to think Falstaff was hilarious in his buffoonery. I hated him and what he stood for and said so.

A fortnight later Father Livesey sat down with me and a group of my fellow students to review what we had written. You might think that he had written some comments on the paper I had submitted. He had not. Instead the Socratic Dialog began with questions; as best I remember something like this.

“Who are your sources?”

“Hazlitt and Lamb and Shakespeare, Father.”

“I see. Did you consider that Shakespeare was agreeing with your point simply by making Falstaff so outrageous; condemning him implicitly by making him such a caricature.”

“Are there any other characters in Shakespeare that are exaggerated for the purpose of making a point?”

“Did you know that the use of exaggeration is a common literary device?”

“Good. Well done. Now I think you should rewrite the essay bearing this conversation in mind.”

Back at the library looking for more exaggerated language, I discovered that after Shakespeare’s Macbeth murdered his King Duncan, he felt guilty about the blood on his hands and asked himself, “Will all great Neptune’s ocean wash this blood clean from my hand?” He answers his own question, “No, this hand will make the green sea red.”

I had it! Discovery intoxicated me. I rewrote the essay incorporating this new example of hyperbole to further make my case, and once again submitted it.

What followed was not a grading of my essay by my teacher, but yet more questions and answers.

As I recall I rewrote essays, on all kinds of subjective topics, on average four or five times before my work finally was deemed worthy by me and my teacher – in that order. I knew this because he then allowed me to write “Q.E.D.” at the bottom.

I had argued for my point, I had used my thinking skills, prodded by questioning from my teacher, and finally we both deemed it worthy. I had proved my argument. Quod erat demonstrandum; thus it has been demonstrated.

Thanks to a 2400 year old learning method I felt respected. I felt like I owned my own learning. I honed my persuasive skills. I learned the value of research. I learned to think. I was at the center of my learning. It was a gift that has kept on giving. I want others to have this gift.

If this seems like an appropriate way to teach children to think, try it. It’s actually quite simple: two hours and you will become an expert, and so will your students. See my manifesto here:

https://www.teregotraining.com/the-manifesto for the best practice instructions.

Terego Training
Our site uses cookies and other tracking technologies to assist with navigation and your ability to provide feedback, analyze your use of our products and services, assist with our promotional and marketing efforts.OkPrivacy policy