How Did it All Go Wrong for our Schools? 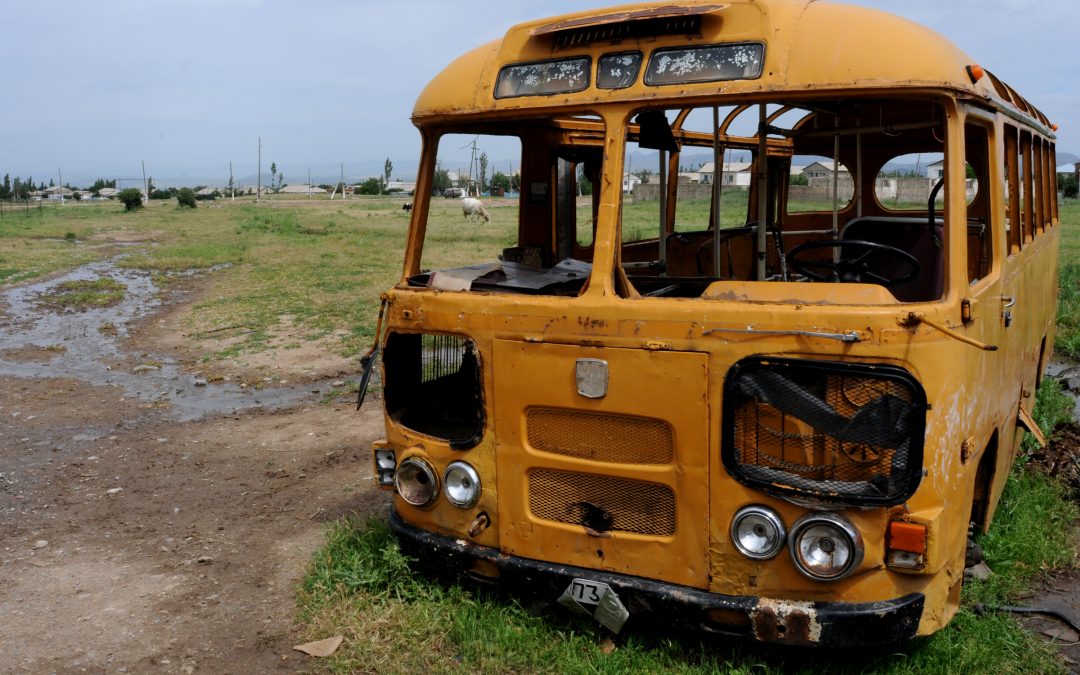 We have one of the worst performing school systems in the developed world.

Not only that but we are teaching the wrong curriculum – and doing much worse than most of our competitors. That’s not good.

All because we are COERCING teachers and students to adhere to a curriculum devoted to the belief that teaching and testing fact memorization is an appropriate way to train our children for the new economy. That is absurd on the face of it. Schools supply fact-checkers; business demands thinkers.

The best intentions have unintended consequences. There was no malice aforethought when our education system was first organized in the late nineteen hundreds.  But we have been living with the consequences of fateful decisions for almost 125 years. Time to change.

History is our best teacher, and if we ignore its lessons we are bound to repeat its mistakes.

Here Is The Highlight Reel Of The History Of The US Education System.

1892: The Committee of Ten, a group of educational leaders and industrialists, whose urgent needs for employees with a common set of skills standardized American education around the didactic Prussian model. Lecture. Memorize. Test.

1965: President Lyndon B. Johnson’s Elementary and Secondary Education Act (ESEA) is passed. It begins standardized testing and lays out punitive measures for non-compliance.

1965: Optical scanning technology becomes widely used for tallying votes and opinion surveys. It relied on a primitive technology that could understand and record which of several ovals have been filled in with a #2 pencil. This technology is rapidly adopted by schools to use in conjunction with the ESEA act as a way to tally test results without the need for an ‘expensive’ teacher. For this to work, all syllabus content now had to be offered in the form of standard questions demanding memorized answers, so all student subject matter knowledge could be graded from three or more options, only one of which would be correct. In the most diverse nation in history education rapidly became a mass-homogenization project. Our school system is the only example of an institution changing the way it operates to suit the limitations of technology. Henceforward we have only been able to teach to the tests.

1969: Herbert Kohl writes The Open Classroom promoting the idea of holistic student-centered education. This provokes a backlash from the conservative back-to-the-basics schools movement. It is a brilliant piece of thinking, and now a footnote in history.

1980: President Reagan promises to eliminate the US Department of Education as part of the Conservative Movement’s promise to reduce spending. He failed.

1982: Mortimer Adler publishes his Paideia Proposal. It is a call to get away from the didactic or lecturing style of traditional classrooms and introduce maieutic or collaborative student-centric learning. Essentially Socratic Inquiry. It too is a footnote now.

1983: Reagan’s advisors publish A Nation at Risk, a report on the state of education. It begins, “The educational foundations of our society are presently being eroded by a rising tide of mediocrity that threatens our very future as a Nation and a people….If an unfriendly foreign power had attempted to impose on America the mediocre educational performance that exists today, we might well have viewed it as an act of war.” One of the major recommendations was even more rigorous standardized testing of students’ memories.

1993: J and M Brook’s book In Search of Understanding, promoting the construction of knowledge by active student participation rather than passive reception of knowledge is published. It sells well. The message is ignored by educators.

1993: That same year the Massachusetts Education Reform Act introduces a common curriculum and statewide testing. It is based on the theory of Outcome-Based Education.

2000: The USA ranks 15th in the world in combined reading and literacy according to the PISA scores.

2001: President George Bush signs the No Child Left Behind Act into law. It is a re-authorization of the 1968 ESEA law and mandates stringent high-stakes testing of students, and holds schools accountable for student achievement. There are financial penalties for schools that do not achieve yearly progress towards the detailed standards laid down by civil servants at the US Department of Education.

2007: Another commission of leading thought leaders including politicians, business leaders, labor representatives, and academics publishes another report entitled Tough Choices Tough Times. They wrote: “American students and young adults place anywhere from the middle to the bottom of the pack in all three continuing comparative studies of achievement in mathematics, science and general literacy in the advanced industrialized nations.”

2009: The Common Core State Standards Initiative coordinated by the National Governor’s Association and the Council of State School Officers is enacted with the expectation that most states will adopt them. This initiative is very similar to the NCLB act in terms of testing and penalties.

2011–2012: The Obama administration introduces the ironically named Race to the Top and begins allowing “flexibility” in the application of Common Core requirements, making it even more difficult for teachers and districts.

2013: The PISA rankings place the USA 24th in Reading, 36th in Math and 28th in Science. PISA ranks the educational attainment of 70 countries

2014: Diana Ravitch an eminent scholar of education launches a blistering attack on the Common Core. She outlines how, “American public education and its teachers are under attack….Never have public schools been as subject to upheaval, assault, and chaos as they are today with a punitive regime of standardized testing on the schools….The curriculum was narrowed; the only subjects that mattered were reading and mathematics. What was not tested—the arts, history, civics, literature, geography, science, physical education—didn’t count. It became an article of faith in Washington and in state capitols that if students had low scores, it must be the fault of bad teachers. Poverty, we heard again and again, was just an excuse for bad teachers, who should be fired without delay or due process….A burgeoning educational-industrial complex of testing corporations, charter chains, and technology companies has emerged that view public education as an emerging market. Hedge funds, entrepreneurs, and real estate investment corporations invest enthusiastically, encouraged by federal tax credits, lavish fees, and the prospect of huge profits from taxpayer dollars. Our students are the most over-tested in the world. No other nation—at least no high-performing nation—judges the quality of teachers by the test scores of their students. Most researchers agree that this methodology is fundamentally flawed, that it is inaccurate, unreliable, and unstable, that the highest ratings will go to teachers with the most affluent students and the lowest ratings will go to teachers of English learners, teachers of students with disabilities, and teachers in high-poverty schools. Nonetheless, the U.S. Department of Education wants every state and every district to do it. Because of these federal programs, our schools have become obsessed with standardized testing, and have turned over to the testing corporations the responsibility for rating, ranking, and labeling our students, our teachers, and our schools.”

2015: President Obama joins the Too Much Testing Movement. He proclaims that testing has taken the joy out of teaching and learning. The result is that students spend 25 hours per year filling in ovals, and presumably many more hours spent memorizing facts.

2015: President Obama signs the optimistically named Every Student Succeeds Act into law. It modifies but does not eliminate standardized test and has bi-partisan support.

2017: Betsy de Vos is confirmed as Education Secretary with one major priority – increase the number of charter schools. This despite the fact that they cannibalize regular public schools and, according to The Annenberg Center For School Reform, “Chartering has become a growth industry, and in many cases, rapid expansion has replaced innovation and excellence as goals…..state laws, regulations and oversight have not kept up with this changing dynamic.” I praise the charter schools movement. I would do the same in their place. But let’s face it in reality they are a small minority who, like it or not, enable the worsening and scandalous overall decline of our public school system, in which all are supposed to have equal rights under the law.In many cases the charter system is even gamed when it comes to equal access. And leaders look the other way.

It is hard not to conclude from this brief history that our education bureaucracy, like the Venezuelan and Cuban Big Brother style governments, is organized on a command and control basis. It is top-down and top-heavy. Even worse, it operates under the wrong organizing principle: Namely that the government knows best; and will only accept tested fact-memorization skills as the sole qualifier for a high school diploma.

Good intentions, ignorance, selfishness, unresponsive leadership and unforeseen consequences have brought us over the past few decades to this Crisis in Education I call our newest Black Swan.

Our current US public school model will be exactly what future education leaders, policy makers and planners will study in order to avoid a repetition. Our schools are a scandal: totally at odds with the needs of both students and employers and therefore obsolete. This is what schools should aim for instead.