Knowledge is the Newest Natural Resource. 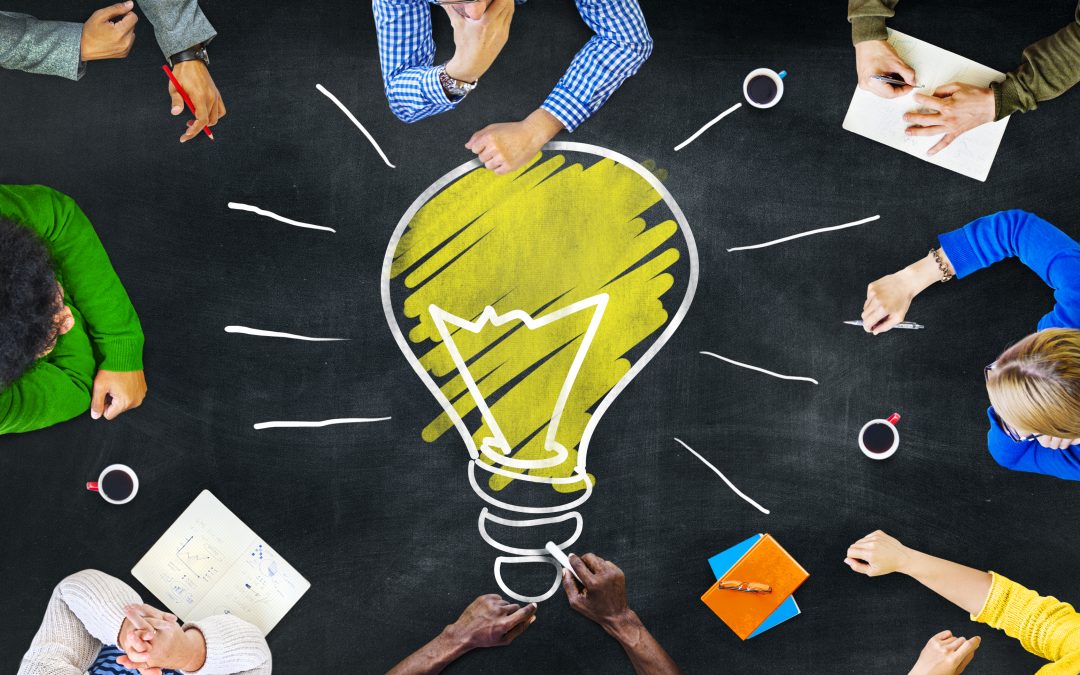 To Begin – What Business are Instructional Designers in?

You are in the “Knowledge Business” in the same way Railroads are in the “Transportation Business,” or Video Games are in the “Entertainment Business.”

Your top-most goal is Knowledge. And Knowledge is the newest Natural Resource.

Let me explain. Our species has been propelled forwards by the exploitation of pre-existing natural resources since the time of our distant ancestors. A couple of million years ago an ancestor, Homo habilis, turned a natural resource – a piece of obsidian that had been lying around for a few billion years unnoticed – into a razor-sharp tool. This sudden and evolutionary action, sparked by an idea, became the Tool Age. And we have never looked back. This ancient hominid then had to explain how his discovery worked and in doing so became the first instructional designer.

Since then it’s always been people who had ideas that revolutionized and evolutionized life for us by invention and instruction. Gradually at first and speeding up to the point now where revolutions and evolutions take place within a single life span. Those under thirty take this speedy unfolding of ideas for granted – they have never known anything else. My six year old grandson was recently taken aback when handed a phone at a friend’s house without a video screen!

Knowledge has always been the key to revolutions. After the Age of the Tool, which allowed us to move from scavenger to predatory food hunter, came the Age of Fire, which allowed us pre-digest food so that we did not spend so much energy chewing and digesting raw meat; and we could also light up the cave and scare away predators. Tools and fire led us to a settled agrarian existence.

The Age of Hydropower arrived when the Greeks, Romans, Egyptian and Chinese harnessed falling or fast-running water to power grinding wheels to make flour and irrigate crops. In the late eighteen hundreds hydropower began to make electrical current.

However, it was the harnessing of water in the form of steam in 1781 that drove us into the First Industrial Revolution.

In the late 19th century the greatest progress in electrical engineering took place. Bell, Edison, Kelvin, Tesla and Westinghouse turned electricity from a curiosity into the engine for the Electrical Age – the Second Industrial Revolution, helped along by that other naturally occurring, but irreplaceable, and ultimately deadly natural resource – fossil fuel.

Computer power drove the Third Industrial Revolution. Are computers a natural resource in the same sense of water, steam or electricity? Yes. Vacuum tubes were replaced by transistors which in turn gave way to electronic transistors and then integrated circuits – but all were made from naturally occurring minerals such as sand. The average computer has 66 natural resources; minerals including rare earth minerals and some nasty stuff like lead and arsenic. Integrated circuits are reaching the end of their useful life. But whatever comes next– carbon nanotubes? – will derive also from natural mineral resources.

According to the World Economic Forum and its founder Klaus Schwab, we are now entering the Fourth Industrial Revolution. And once again this revolution is fueled by natural resources. In this case the expression of human thought through software, which is only useful as a product when human engineering and design talent takes control; as with all previous revolutions.

This all brings me to the Instructional Designer. It is important to understand that the raw material of knowledge is data. And we are drowning in it. And, significantly, it does not go away. Data that was not born digital is swiftly being digitized, and data that is born digital stays that way – forever.

My goal in this post is to convince Instructional Designers to view data as a new natural resource, which means your job is to teach people how to adapt data and transform it into actionable intelligence. That is the key to the Fourth Industrial Revolution – sometimes called the Cyber-Physical Revolution – and the key is in the hands of the Instructional Designer community.

Usefulness is the key. Oil and coal or wind, solar, nuclear, electric, water and biomass for that matter, have little value without identification and extraction technologies, refining techniques, distribution systems and willing customers.

Treating data like geology helps us understand how to identify, extract, refine, distribute and make data useful by metamorphosizing it from raw data into information and then into knowledge and then into actionable intelligence.

Viewing data as knowledge is a big mistake, however. That is like equating gushing or oozing oil with jet fuel. Data is the lowest strata. It is the equivalent of sedimentary rock formed by deposits of dust and the remains of ocean-dwelling creatures laid down over aeons of time, and it will not become useful until a metamorphosis takes place as a result of a series of human actions.

So, Instructional Designers, first, identify the location of the data. Second, extract the relevant data. Next, refine it into information – Ideation. Then, distribute the information to those who need it as part of their knowledge-acquisition process. And finally you have the finished product – actionable intelligence that fills a need or solves a problem and thus allows innovation.

This is all great news because humans are only really happy when they are creating something. Data is all around us, and so is the opportunity to create something useful from the data. But, to do this we need to THINK and that’s the purpose of Instructional Design.

To see an actual case study of the Terego Method© in action, watch this video.

Become a Thought Leader. Infuse Ideation Into YOUR Company.

Take the Guesswork Out of Problem Solving.

This Book WILL Show You How.