Instructional Designers – Is Your Head in the Sand? 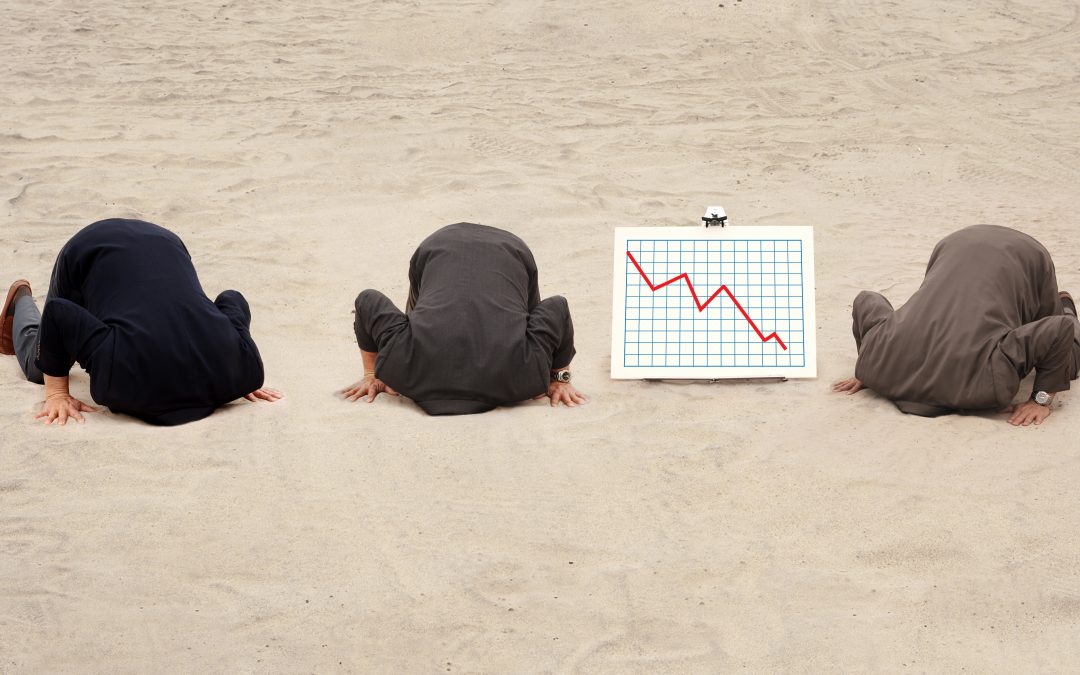 Instructional Designers – Is Your Head in the Sand?

In 2007 Nassim Nicholas Taleb  wrote a book that, according to the New York Times, is one of the 12 most influential books since WWII. Its name is the Black Swan. A Black Swan is a rare, but nevertheless high impact event which with hindsight could have been predicted. Taleb used this historic term because once-upon-a-time everybody thought there was no such thing as a black swan, until someone discovered one.

Black Swans are a result of Ignorance Based Thinking: a dangerous comfort with only what we know. A storm could be brewing in your country, company, department or private life, and without serious and interrogative attention could result in catastrophe. Taleb points to the terror attacks on 9/11, Hurricane Katrina’s impact on 2005, the collapse of the stock markets in 2008, the 2011 Tsunami in Japan as example. The rise of ISIS, Russian hegemony in the past few years were, according to some pundits and scholars, also avoidable.

The government knew of al Qaeda’s intentions, and the defenses of New Orleans were a tragedy waiting to happen, and who would ever build a nuclear power station in a region known for earthquakes and giant waves again?

With a few shining exceptions our infrastructure, including and especially our K12 schools, is in the dark ages. Unprepared for what is coming very shortly. This can all be attributed to Ignorance Based Thinking.

“Regardless of their reasoning, people have a right to choose ignorance. But allowing that choice to drive public policy constitutes a serious threat to scientific, social, and economic development.”  Henry I. Miller M.D., a physician and fellow in Scientific Philosophy and Public Policy at Stanford University’s Hoover Institution. Dr. Miller could have added private policy to his conclusion and he would be right.

There are five reasons a company, or a department within a company, fails. The number one culprit – not listening to the internal and external customer. A business is a mere piece legal fiction without customers. The second reason – not being sufficiently differentiated in your space. The third – A failure to communicate. The fourth – Poor leadership. The fifth – A failure to develop a strategic vision.

Whether you are a team member or the CEO, the solution to all of the above is disciplined Intelligence Based Thinking. It is the only way to avoid and deflect the worst effects of coming events.

It is important to deliberate on things that are not in our common experience. In fact that is the driver of evolution. “Humans are animals that specialize in thinking and knowing, and our extraordinary cognitive abilities have transformed every aspect of our lives. In contrast to our chimpanzee cousins and Stone Age ancestors, we are complex political, economic, scientific and artistic creatures, living in a vast range of habitats, many of which are our own creation. Research on the evolution of human cognition asks what types of thinking make us such peculiar animals, and how they have been generated by evolutionary processes. We are animals that specialize in thinking and knowing—in cognition—and our extraordinary cognitive powers have enabled us to do remarkable things.” The Royal Society.

An investigation of our own ignorance has merit; in fact it can help us leverage good Black Swans such as the Internet and avoid extremely bad Black Swans such as an unwarranted optimism about a marketing plan or Global Warming, or our schools, which are certain to become our next Black Swan since the curriculum is based on only knowing what we all already know.

After an event has wreaked havoc we will still try picking up the pieces and making promises to do a better job of seeing the next Black Swan coming. 20/20 hindsight is always helpful like an autopsy, but Intelligence Based Thinking is Survival.

Even more worrying is that what seems to be happening currently is that from the president on down we are using an extreme kind of Ignorance Based Thinking. We are deliberately choosing not to accept the evidence if it does not fit with our short term goals.

Drug companies who rely on opioid sales are thinking about the next quarter; not about the welfare of their fellow citizens. If I am an ageing coal magnate warnings about global warming are just inconvenient. If I am the coal magnate’s infant great grandson facing a life expectancy of a century or so global warming is the vital issue.

Intelligence Based Thinking Begins With Questions.

He’s right. Questioning is at the heart of Intelligence Based Thinking. 1) Ask a question. 2) Answer the question. 3) Question the answer repeatedly. 4) Repeat steps one through three. 5.) Communicate results.  Socratic Inquiry in a nutshell.

To see an actual case study of the Terego Method© in action, watch this video.

Become a Thought Leader. Infuse Ideation Into YOUR Company.

Take the Guesswork Out of Problem Solving.

This Book WILL Show You How.