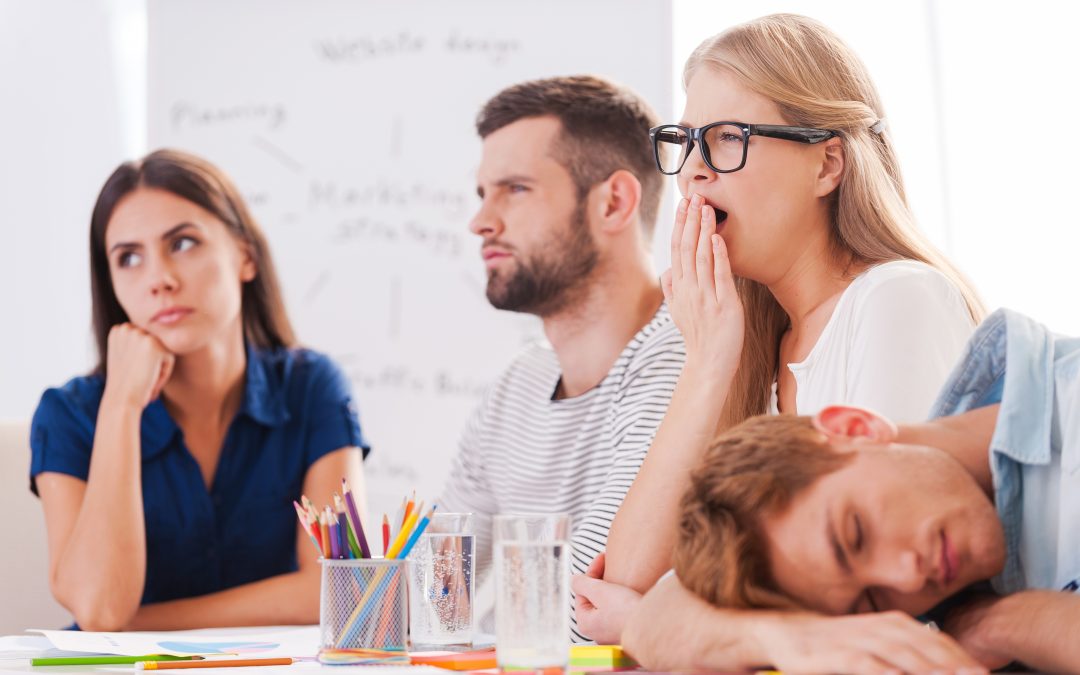 If it isn’t Yet, Maybe it Should Be. And Here’s Why.

The elusive, even mysterious, nature of employee engagement might have something to do with your fellow employees’ attention span, and yours. With that observation in mind, here’s a question – which has the longer attention span, a goldfish or a human?

According to researchers it is goldfish. From 2000 to 2015 the average attention span of humans has fallen from twelve seconds to ten seconds; whereas the goldfish’s attention span has remained steady at twelve seconds. Since that statement took you less than ten seconds to read, you probably paid enough attention to notice that the period beginning in 2000 until 2015 coincided with the advent of smart and mobile devices. And that would be a perceptive observation.

According to David Rock in his book Your Brain At Work, “We are in an epidemic of overload,” which he believes is a result of two things, “Firstly the amount of information we now process is enormous and our brain may not be used to it. Secondly, we have all these new technologies which are very good at distracting us, which our human habits have not caught up to.” As he points out, “Attention is a limited resource: Every time you focus your attention you use a measurable amount of glucose and other metabolic resources. Studies show that each task you do tends to make you less effective at the next task, and this is especially true for high-energy tasks like self-control or decision-making.” So, distractions really do take a toll on anybody’s engagement with a task, and make achieving the end result of the task even more elusive.

The relentless influx of emails, cellphone calls and instant messages received by modern workers can reduce their IQ by more than smoking marijuana, suggests UK research. Far from boosting productivity, the constant flow of messages and information can seriously reduce a person’s ability to focus on tasks, this study of office workers found.

So, the science is in. Any teacher, coach, instructor or leader is faced with a serious lack of attention from his or her peers and therefore a lack of engagement from them, whether they are learners, leaders, team members, problem-solvers or decision-makers. Everybody is at risk.

Statistics also show that there is a serious gap between the level of engagement that employers need for productivity, innovation, creativity and shareholder value to improve, and what they are actually getting.

Now for the glass-half-full or glass-half-empty news on employee engagement. The Gallup organization studied employees in 142 countries and found that on average only 13% of employees felt engaged with their job. Gallup’s definition of ‘engaged’ is “psychologically committed to their job.”

Of course this sample includes people, even children, toiling long hours in sweat shops and factories in poor countries, so low engagement there is to be expected.

One would naturally assume that the average percentage of people in western and developed nations engaged with their job would be higher. And it is. In fact in the USA it is more than double the rate – at a whopping 29%. That’s right. Less than a third of your employees are psychologically committed to the job they are being paid to do. In Western Europe that number is 14%. That is the kind of headline you might expect from a supermarket tabloid. Yet here we are.

You are probably shocked. However, if you are a glass-half-full kind of person you obviously see this as a major opportunity. And you would be right. Even a miniscule improvement – say 1% – in employee engagement would surely lead to improvements in tangibles such as shareholder value, and intangibles such as improved morale. Employee engagement is a problem worth tackling.

The VITAL Nature of Employee Engagement.

Banks, debit and credit card companies, power companies and cell phone providers and other companies count on the fact that their customers are inattentive. According to the MIT Sloan School of Management, “For a wide variety of service transactions, marginal prices increase sharply when consumers exceed specified usage thresholds. Consumers commonly cross such usage thresholds and accrue high fees without realizing it, resulting in bill shock, because they are inattentive and do not keep track of past usage.”

If consumers are inattentive they lose their own money. If employees are inattentive they cost the company money. So, keeping employees engaged and on-task is obviously a vital part of running any business, and the statistics tell us we are doing a very poor job. We do our best to make sure that drivers pay attention because of the potential for loss of life or disability; we should be doing the same for employees because of the potential harm to the company employing them and the upside potential.

The question is not just how to engage them, but how to keep them engaged. It is simple to grab attention in a meeting – walk in wearing a clown suit. It is much harder to keep them engaged as the statistics quoted above prove. The cost of not keeping them engaged is enormous – 71% of the people you work with are psychologically disengaged from their job; a huge number. Any effort to re-engage people and bring that number down is worthwhile. And it begins with human nature.

THE PSYCHOLOGY OF RE-ENGAGEMENT.

There are only two possible strategies that can be deployed to encourage people to engage with their job.

I am assuming, perhaps in error, that you agree that number two is a better option for engaging people. So, some background: in the late 1700s Jeremy Bentham laid the groundwork for the modern understanding of the psychological principle of avoiding pain and seeking pleasure, “Nature has placed mankind under the governance of two sovereign masters, pain and pleasure.” Freud of course built on this.

We are hardwired to seek pleasure and avoid pain. To manage employees so that they will psychologically engage with their job without understanding this principle is to attempt the impossible.

Also more and more we collaborate. This is because problems are getting more complex, but also because we are beginning to understand that co-operation is the key to survival. That means all team members need one another, which satisfies yet another human condition: the need for the pleasure of companionship. Life is immeasurably poorer without companions and friends. The inevitable conclusion to all this is that if we leverage teams, and the diversity that naturally occurs within them, and involve the members in the outcomes then ownership in the outcome by team members happens, and that is a pleasurable sensation. Make me an owner, make me a stakeholder in the solution, and I will respond with commitment. This applies in an eLearning environment just as much as the traditional environment.

Benjamin Franklin wrote, “Tell me and I forget, teach me and I may remember, involve me and I learn.” He was actually quoting Confucius from 2200 years earlier. But the message is still the same. If people convince themselves of the need to learn the fire comes from within. Having their feet held to the fire has the opposite effect.

What will help engage employees more fully? Enjoying going to work each day and feeling inspired to do their very best. There is a more complete list of the ten most important things employees want from their job here but they all can be boiled down to 1) enjoying the job and 2) being inspired to do better.

And if you don’t do this the largest and growing segment of your employees – Millennials – will leave!

My Terego Enterprise Team solution emphasizes the development of a bottom-up culture through collaborative critical thinking and problem-solving, where each voice counts, questioning is the modus-operandi and clear communication of a shared vision is the outcome. This results in a flatter organization and a lessened emphasis on the traditional, top-down, hierarchical, command-and-control culture.