What Can Darwin Teach us about Instructional Design? 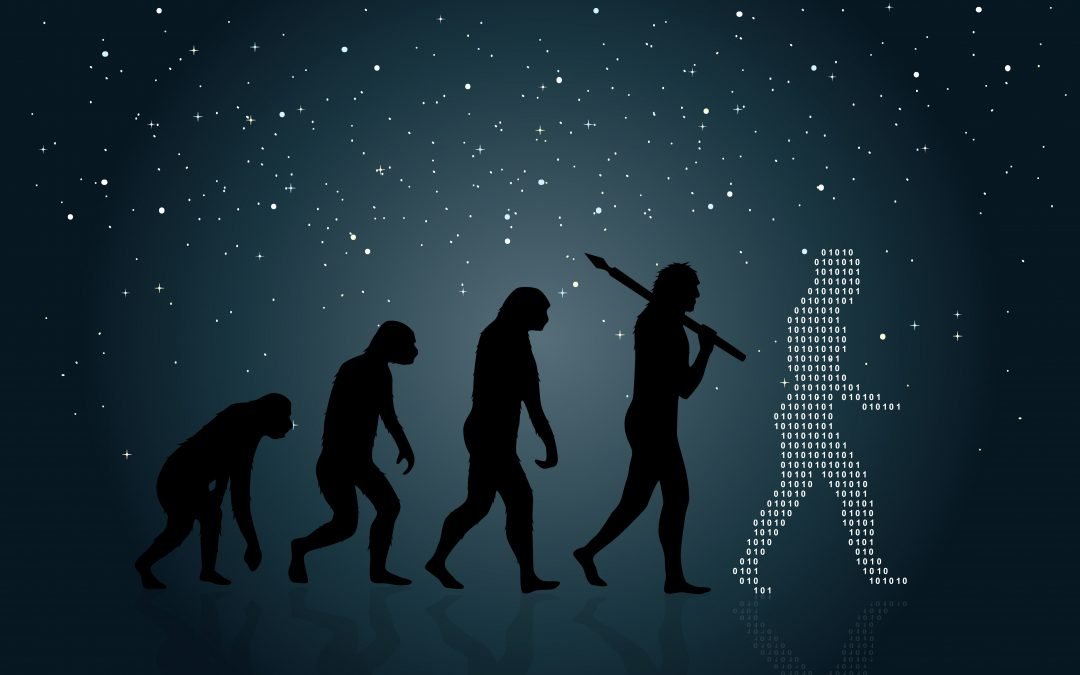 You almost certainly believe that your cellular structure – your biology – is a result of the evolutionary forces described by Darwin; if you are under thirty the vast majority believe this. Fewer of you probably believe that the same is true of your psychology. Even fewer believe this about the spiritual life.

But do you believe that these same evolutionary forces may also be at work in structures or systems that do not have a biological architecture?

Let’s examine one obvious candidate: a business enterprise. Obviously a business is not a cellular structure; it’s merely a legally binding document informing everyone that a company has been incorporated for a specific purpose: To create customers.

But a good argument can be made that any human enterprise – a business, a non-profit, an army – operates much like a biological one. For example all human enterprises have the same evolutionary characteristics that are found in the cellular world. They all:

The big difference is that a person is biological and a business is merely organic. The biological entity is sentient. The organic entity is not.

I maintain that if a business did not have an organic component it would not be able to keep existing through adaptation to change; at least not for long. Newton tells us that if something is at rest it stays at rest unless an external force moves it, and a resting business will be moved – out of the way!

So, precisely how do evolutionary forces act upon a business? The same way they act on genetically-based organisms. Evolution is all about fitness. The genes in our bodies have a survival impulse; and the fittest of them will survive. They want to cheat death and avoid obsolescence by being passed on to a new generation through sexual reproduction. There is something similar going on in your business; just not the sexy bit. Your business wants to survive and pass on the ideas (the intellectual property) that it inherited, and which allowed it to become fit and survive through evolution.

This urge for survival is never-ending. All businesses have a compulsion to pass on the ideas that they inherited, preserved and then improved, and the innovations they added, on into the next generation. The business ‘knows’ if does not do this this a competitor will oust it from its market niche.

Here’s the problem for all the stakeholders in all businesses, especially those tasked with instruction: Nowadays the next generation comes around next week. It used to be said that if you are standing still in business you are going backwards. Now if you are standing still you are running backwards. Taxi companies stood still, and seven years ago Uber came along, and is now worth over $50b. More than General Motors, which opened its doors over a century ago. The evolutionary forces acting on businesses are suddenly on steroids. The evolutionary influencers of our genes are acting at the same pace they always have.

Which brings me to the crucial nature of Instructional Designing. If you agree that businesses are indeed subject to evolutionary forces five things become immediately obvious and important to anyone and everyone who trains, teaches, learns, coaches and especially those who design instructional programs:

That leaves us with two obvious questions. How does a company make this nimble, adaptable, dexterous, adept and adroit culture happen? And who can make it happen?

The answer to the “how” question is simple but not easy – make your corporate culture more open, more bottom-up and more organic in nature. More of a collective effort, and less like a driver of a bus making the decisions for everybody onboard.

The answer to the “who” question is also simple but not easy – the board of directors and shareholders. The more of them there are the more difficult it is to do of course. But not to do it at all is a guaranteed evolutionary dead-end.

It follows therefore that the real people who can create a continuous culture of innovation are the ones who carry out the order from the board to do so. I maintain, and I hope you agree, that it must be the pedagogical staff; and that means everybody; those with the title and those with other titles. All the human capital in an enterprise should be viewed as learners, teachers or trainers.

Which brings me to this point. More and more of the data we need is in a database somewhere. But it needs more than just sorting, it needs to become useful knowledge. Until the time comes when Artificial Intelligence knows what we need without asking us, you need to develop your people to act as human-machine interfaces; and questioning – smart and persistent interrogation – of the data is the key. This is a way of using the evolutionary forces rather than being used by them.

Therefore the strategic function of an Instructional Designer is to create out of your organizational culture a human-machine platform, so that legacy ideas and newly uncovered ideas can be synthesized, metamorphosized or ideated into knowledge, thus creating an innovative cycle of continuous innovation. Call it Knowledge Mining. Call it eLearning, version 2.0!

Some words of caution. If you understand eLearning to mean simply shifting facts onto a digital platform for easy access and manipulation, then you are missing the point. If you think that all instruction should be led by an instructor then you are also missing the point. All employees have something they can teach to others. The company must be open to that.

It is vital of course to get all the facts into a digital, searchable form so they can be manipulated and exploited as offensive and defensive tools. It is also important to have instructors who can instruct.

But we are living in the Fourth Industrial Revolution. This is a time like no other in history. Data is drenching us, and if we don’t use these data to create new ideas it will thwart our plans to pass on new ideas into the next generation of our organizations, and evolution, at least for your enterprise, will stall.

All this boils down to one existential question: How can I, an Instructional Designer, create such a human-machine user interface so that I can help my company prosper in this brave new world?

I do not have all the answers – nobody does – but I do have a place you can start. My Terego Method© is designed to show teams how, through persistent questioning, they can

To see an example of how a problem can be identified as the right problem, solved, and communicated, watch this video.